Building modern solutions on the foundations of worthy traditions.

A Family Tradition of Entrepreneurship

The first business in the family was a photographic supply business run from the garage of Frank and Bea Calagaz in 1949. In 1955 they incorporated and opened for business as Calagaz Photo Supply, Inc on Holcombe Avenue, in Mobile, Alabama. Calagaz Photo has proudly served the Mobile area for nearly 65 years, and under the leadership of Leo Calagaz, continues to provide quality photo products and expertise. You can learn more and visit their site here.

After returning from overseas deployment in the early 1990’s, Joe Calagaz started a digital printing division that focused on printing on-demand for the restaurant industry. We have grown to represent several national restaurant chains and produce both digital and offset printing for their marketing, culinary, and training needs. In addition to our national restaurant printing we produce all types of commercial printing for local businesses in Mobile, Alabama. This experience and expertise lead to the creation of PrintTailor and MenuTailor in order to customize, simplify, and modernize the commercial printing process. 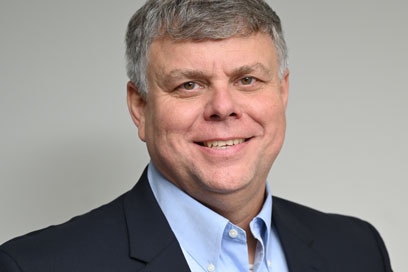 Joe Calagaz started working in his family’s business while still in high school. He did everything from sweeping the warehouse floor to retail sales.

During this time, he caught the entrepreneurial spirit and work ethic shared by his father and grandfather.

Following in his father’s footsteps, Joe joined the military and subsequently attended Tulane University where he earned a degree in business in 1988.

After Tulane he served in the Army as a Field Artillery Officer with the 11th Armored Calvary in Germany.

After the Army, Joe decided to move back to Mobile, and while continuing to serve in the National Guard and then the Reserves, he joined the family business and started Calagaz Printing.

Outside of work, Joe is surrounded by four fabulous women, including his beautiful wife and three smart, active daughters. 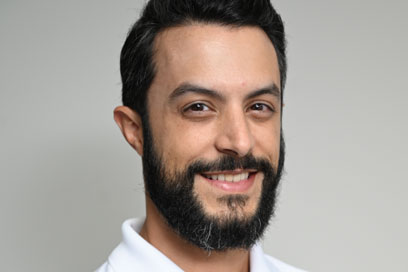 Michael Cuesta is a graduate of The University of Alabama where he received a degree in Public Relations and Communications.

Michael has been with The Calagaz Group since 2001 in various positions. He is now the Director of Sales and works with clients to find creative solutions to business and printing challenges.

An active member of our community, Michael serves on the Board of Directors for the Girls Scouts of Southern Alabama and is a member of Public Relations Council of Alabama.

When not serving the community and clients, Michael spends time outdoors with his wife and two daughters. 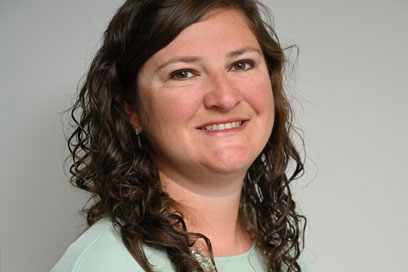 Dena has been in the customer service industry for over 15 years and has worked in several departments across our company.

She has worked with both our local and national accounts and is truly dedicated to meeting our customer’s needs.

She is here to help you step by step with any questions or concerns that you may have.

She is married to the most wonderful husband and has the two beautiful children, all of whom can be found most weekends on their boat fishing. 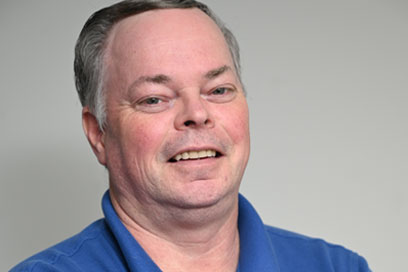 Donnie Webb started his career in printing right out of high school in 1984 at Superior Printing. As a press operator, Donnie felt like it was what he was meant to do. Learning all the different machines came pretty easy and in 1995, he became president of the company.

In 1999, with his wife Jeannine with whom he has two daughters, Kimberly and Kristina, Donnie purchased Superior Printing. In May 2008 Jeannine was diagnosed with Stage 4 Pancreatic Cancer and passed away in January 2009.

In 2012, Donnie decided become be part of a bigger team when he joined forces with Joe and Calagaz Printing.

Donnie remarried in 2014 to Marnie and gained 2 more daughters, Makenle and Madelyn. Marnie and Donnie each have Jeeps which they love to wheel around on the weekends.

what our customers are saying

Calagaz Printing served as the national print partner for Share Our Strength’s 2nd annual Great American Dine Out. They created an on-demand ordering system and produced generic and customizable in-store marketing materials for thousands of restaurants who participated in the program. Calagaz Printing exceeded our expectations on the level of customer service our company and customers received. They provided tremendous value to the program. We look forward to continue working with them in the future.” 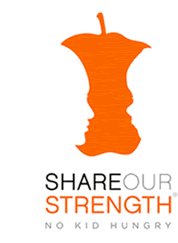 Jessie SherrerShare Our Strength
“Fast. Friendly. Economical. Three words to sum up Calagaz Printing! They are so easy to work with and they go the extra mile to get my jobs done quickly, efficiently and at the best cost. They are truly the best choice.”

Penny Hatcher,Southern Earth Sciences, Inc.
As our relationship grew, (Calagaz) took on more of our marketing campaigns, local store marketing collateral, in-store signage and even our very detailed, complex menus. Each time, they came to the table with innovative suggestions and competitive pricing. When we had difficult deadlines or expedited requests, Calagaz Printing would meet them or give us a more realistic goal. We truly appreciated the care and consideration that they provided to Mellow Mushroom! 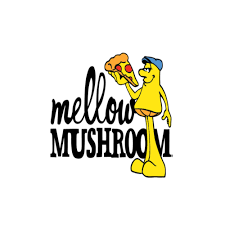 Dawn LawFormer VP Marketing, Mellow Mushroom
Director of Marketing, Farm Burger
Since starting to work with Calagaz Printing over a decade ago, their knowledgeable team has been a constant resource, always available and consistently exceeding our expectations. They've remained nimble, as we've grown from a restaurant operations company to a global lifestyle brand with increasingly diverse projects. The quality of their work is incredible, and their customer service and integrity unparalleled. 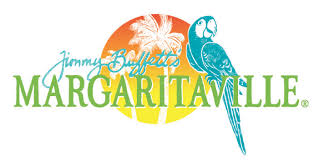 Tamara Baldanza- DekkerChief Marketing Officer, Margaritaville
The quality of the product that they produce along with the suggestions on how something might work better a different way are outstanding. They work alongside us as partners trying to accomplish the same goals. We feel that this professional service with the combination of treating us like more than a customer is one of their great attributes as a company. 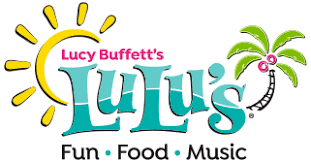 Gerald Tipton President, Lulu's
Share Our Strength has worked with Calagaz Printing, Inc. for many, many years. They have proven to go above and beyond to ensure that our needs are met. Not only are they proactive in ensuring our orders are placed in time, they take efforts to keep our costs low and the quality of product high. Their turnaround time is quick and their customer service is top notch. When you're planning over 20 events a year, trust in vendors is key, and they have proved to be excellent partners. I truly can't say enough good words about our experience with Calagaz Printing.

Alison Eades Operations Manager, Share our Strength
What's best about the way Calagaz does business is their personable approach. I work with an account executive that's thinking ahead of my needs, with a customer service manager that's friendly and always ready to tackle a challenge, with an owner whose hands on in day-to-day operations, and I have a personal relationship with nearly every employee on the production floor. At Calagaz, they know me by name, and they treat me like family. 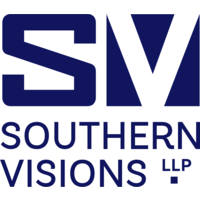 Robert Burruss Director of Marketing, Southern Visions
Calagaz Printing is a family owned and operated venture, and their values of hard work and integrity are what keeps us doing business with them. Every employee I have interacted with is helpful and cordial, but most importantly, they care deeply about our own business. 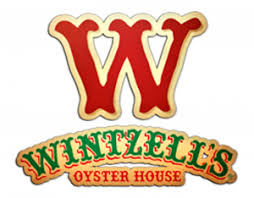 Clay Omainsky Communications & HR Manager, Wintzell’s Oyster House
Our relationship with Joe Calagaz and his staff goes beyond printing. It is about people dealing with people. Each one of the employees care about why they help the CAC. Their smiles, organizational skills and attention to details, coupled with willingness, help make our experience so enjoyable. We are proud to call Calagaz Printing our community partner and friend! 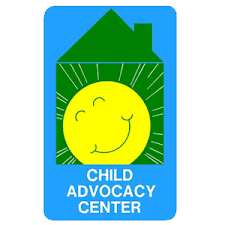 Elaine Kelly Henderson Director Communications and Development
Child Advocacy Center
Working with a franchise business model can be complicated because it requires the customization of various assets. Calagaz Printing has gone above and beyond their scope of work in developing an online portal for our brand. This portal houses all of our marketing collateral, promotional materials and uniforms to ensure that our franchisees have everything they could ever need in a one-stop-shop format to run their restaurants successfully. They know what it means to form a true partnership with their clients and excel in treating your brand like you are their only client. 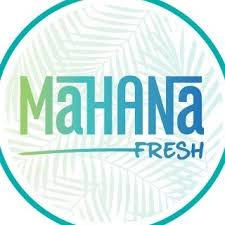 Brittanie MaliniakDirector of Marketing, Mahana Fresh
For the last 10+ years I have been fortunate enough to work with Calagaz in partnering with our restaurant group for producing menus, signage and all collateral we use within our business model. Calagaz is the most caring, efficient, and honest company that any partner would be thrilled to be in business with. Over the course of our relationship, they have met all deadlines, and go above and beyond to make sure our business needs are met. Their flexibility with our ever changing business in the hospitality industry, helps keep us moving forward while never letting us know the challenges they may have had with our last minute requests. 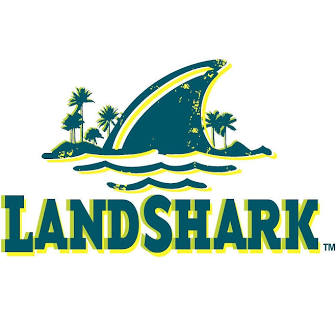 We’ll keep you updated on what’s happening in the world of print, digital solutions, and connecting with customers to give your business an edge.